Taking a Break From Wine for a Little Brew-haha 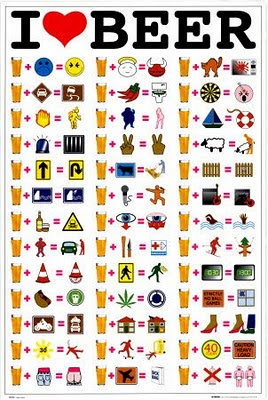 We all know I drink lots of wine, even my poor recycling collectors know this. But I also love to wrap my lips around a cold frosty mug from time to time… after all, what else really pairs with fish and chips? I have a pretty good feeling you appreciate a good cold one now and again too. In case you didn't know, Portland is kind of a Mecca for microbrew and coming up next weekend is the 23rd Annual Oregon Brewers Festival. This Beervana is set to take Portland by storm July 22-25 at Tom McCall Waterfront Park in Portland, don't miss out!
The Oregon Brewers Festival is one of the nation’s longest running and best loved craft beer festivals. Situated on the west bank of the Willamette River, with towering Mt. Hood as a backdrop, it's a stunning venue for anyone who loves craft beer. With a laid back attitude and scores of award-winning beers, the festival reflects the essence of the city of Portland.

The festival provides an opportunity to sample and learn about a variety of craft beer styles from across the country. Eighty-one craft breweries from across the nation will offer handcrafted brews to more than 70,000 beer lovers during the four-day event. There’s also a Buzz Tent featuring tastes of more than 50 limited production brews from the participating breweries.

The event features live music all four days, beer-related vendors, beer memorabilia displays, beer writers and publishers, homebrewing demonstrations, and an assortment of foods from a variety of regions. The Crater Lake Root Beer Garden offers complimentary handcrafted root beer for minors and designated drivers. Minors are always welcome at the festival when accompanied by a parent.

will I see you there? By tradition, I leave work at noon.. meet a few friends there around 2 or 3, then get to drink tons of great beers without the crowds.. then cab it home around 6 or 7 when the crowds get ridiculous.

I hope so Todd, I'm trying to made it late Friday afternoon as well. I get to partake in the media tour on Thurs too. I'll be long gone before the crowds as well and off to drink Pinot Noir at the IPNC - woohoo!! Hope my palate's not wiped out, I know I will be! I'll keep a blurry eye out for you!