Hiatus… it might be the name of a painful medical condition, like “I heard he had to have surgery to fix his chronic hiatus before it did him in”. Or perhaps it’s the name of a very mysterious female body part, “As she simmered with arousal, he pressed his finger against her hiatus, watching it noticeably swell with anticipation under the heat of his magical touch”. The word “hiatus” sounds slightly better than the word “blog”, which I sadly always correlate with the word “vomit”, as in “Excuse me, I’ve really got to go, I think I’m gonna blog tonight.” And though the Hosemaster of Wine would probably argue that 99% of all wine blogs are basically vomit in essence, in this particular instance, my dreaded hiatus has nothing to do with holes in the diaphragm, natural clefts in the human anatomy or the sudden and forceful expulsion of one's stomach contents through one's mouth.

It’s true, for the past year, I’ve been living the life of a glamorous full-time wine blogger—writing nightly until three o’clock in the morning, producing posts that ultimately appealed to only a minute segment of the population, for nothing more than sheer pride in one’s work, one comment (if I was lucky, and it was usually from fellow wine blogger and ardent supporter Josh Wade) and an occasional invitation to a wine event here or there. But finally, the hard work, long hours and sacrifice has paid off; due to the surprising and overwhelming success of my blog and social media skills (and my background in wine marketing), I’ve been able to secure gainful employment in the wine industry. There were those who said blogging would be a waste of time, a waste of money, a waste of effort and precious resources. A waste of talent. I heard it all but trudged on anyway, forging my own wine trail, as I was certain (hoping) it would lead me to salvation, redemption, infamy, temptation… employment. And almost exactly one year to the date later from the inception of Sip with Me, I accepted a position as Marketing Director for a prominent Oregon winery.

So, now I’m struggling with whether or not this blog is a conflict of interest to my new job. And while I don’t’ think it is in principal (high tides raise all ships after all), it certainly is a competition for my time, energy and focus. So, I’ve made the painfully difficult yet practical decision to tear myself away from Sip with Me for a bit to focus again on my career—well the part of it that makes it possible for me to pay the bills anyway. Ultimately, my hope is to create a blog for the winery, but I’m still leading them towards the light, the true path. Until then, my voice may be somewhat quieter, but I hope you’ll continue to follow me on Twitter and continue to enjoy this blog as a resource when planning your next Oregon wine country outing or when you just want to escape into the romance, beauty and mystique of all that’s wine.

Infinite thanks to you all for reading and supporting me over the past year. I'm grateful for the time we've shared together and the things we've learned along the way… may we sip together again soon.
Posted by Sip with Me! at 5:00 AM 30 comments:

A Riesling Revival in Oregon

Riesling ought to think about changing its name to a symbol as the varietal’s probably had more comebacks than Prince himself. With its most recent resurgence, and something of a cult-following in recent years, there’s a whole collective of serious consumers who actually seek out the aged petrol qualities Riesling develops. And as more and more people discover the Rhine wine’s secrets... (Click here to read the full story on Cork'd) 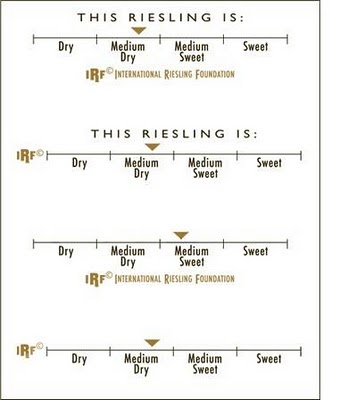